Getting my artwork displayed at billboard-size, along the sidewalks of downtown Toronto was no small accomplishment. But it was all possible thanks to the PATCH Project.

PATCH stands for “Public Art Through Construction Hoarding”. PATCH is a social enterprise operated by the award-winning STEPS Initiative, responsible for some of Canada’s largest and most iconic public artworks. For the last 15 years, they have worked closely with their roster of over 120 artists and designers, managing public art projects, and supporting urban development initiatives in the City of Toronto.

Once I was on the artist roster, PATCH approached me to have 3 pieces of my work on a new condo construction site by TRIDEL. It was near the intersection of Church Street and Gerrard Street East in downtown Toronto. The condo was called “Alter.”

Having moved to Toronto at the age of 19 to go Ryerson University for Architectural Science, I was very familiar with this corner. The architecture building is located at 325 Church Street, just a block away form where these works ended up. My experimental photography methods also began during Architecture school, so it felt appropriate.

Three black and white pieces were selected to fit with the TRIDEL’s marketing campaign. The original pieces that were exhibited used photographs taken over months, around the streets of downtown. I overlaid the series of photos in my signature style.

The three art pieces all focus on public transit, and are all some of my earliest works.
The first is the inside of the Summerhill subway station, where I moved after graduating from Ryerson University.

The second is the inside of the old Toronto streetcar. These are slowly being taken off the streets to make way for the Flexity street cars, which do not have windows that open.

The third piece features a bar on Queen Street East called Alfie’s. Although the focus of this piece is not transit related, all the photos were taken out the window of a moving streetcar. I passed Alfie’s on my way to work at an architecture firm where I worked for 9 years. I was always intrigued by the various characters that were hanging out on the sidewalk outside of Alfie’s.

After many months on being at sidewalk level, there is bound to be tags and graffiti on the art, but I took this to mean that it is now part of the City! And most of the graffiti ended up on the condo marketing vs. the art.

Although they remained for years, construction of the Alter Condo is now complete, and where my art once stood, is now an A&W. This is fitting with the ephemeral nature of my art, as all things are temporary. 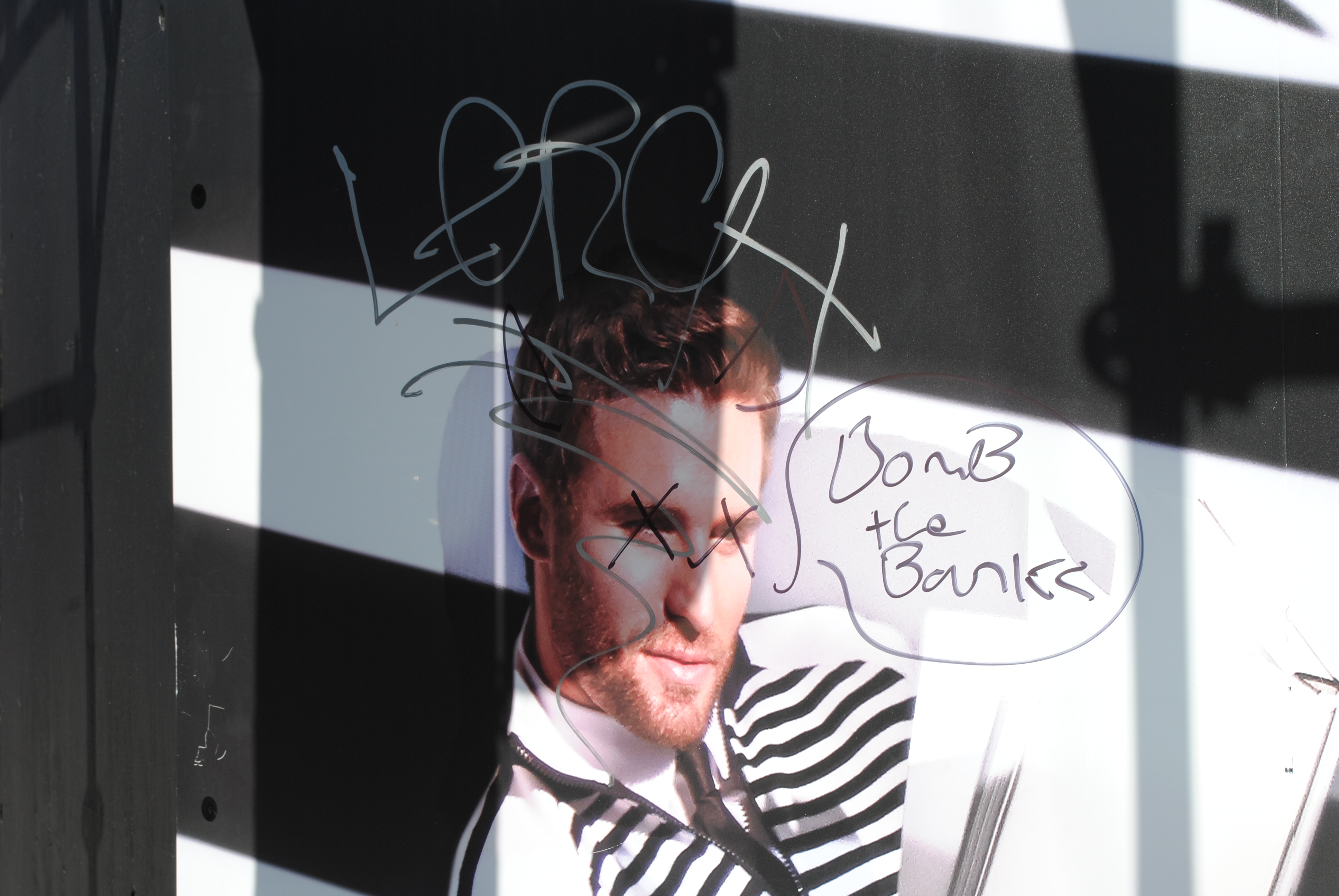 This was done in collaboration with The PATCH Project, whose aim is to strengthen ties with the community and beautify the streetscape while meeting hoarding art requirements.  All photos are by NGDphotography.